Born in Kampen, Holland, I have been painting & drawing since I was a small girl. Educated at the Rudolph Steiner School in The Hague, I moved to England in 1967 attending the Chelsea school of Art & London College of Printing during the 1970’s. After I left College I continued as a student with the printmaker Peter Baer for five years at Chelsea School of Art. In 1995 I started teaching at Fielders In Wimbledon and Merton adult education.
I am teaching in Godstone and Forest Row.

The countryside of South East England is a great inspiration for me, and I print and paint in my studio in East Grinstead.
My preferred media is etching, lithography, mono printmaking and mixed media.  I also paint in oils, acrylics, watercolours, and pastels. Also stained glass and designs in fabric. Some of these have been displayed in galleries throughout the United Kingdom, Canada, USA, Holland, Norway Japan & Greece.

Combining these activities as an independent artist has been rewarding, interesting and a lot of fun.

Images have been made into cards by various card companies including: Gordon Fraser, Lings, Aries design, Two Bad Mice, Art is a tart, Unisef for their Christmas card range etc.

I created designs used for cross stitch and canvas embroidery kits by Stitchery.

I have created coloured pencil drawings that have been made into posters and used to illustrate books
Since 2008 I have been a member of the Society of Graphic Fine Arts, and have been their Bulletin editor since that time.
In 2008 I also took part in an Exhibition in East Grinstead at the Greenstede Gallery, with members of the SGFA,
Green Door print exchange in the Autumn 2009, 2010, 2011, 2012, 2013, 2014, 2015, and 2016.

From the 25th May till 4th July 2010, I was artist of the month at the Chalk Gallery in Lewes.

Member of Example an East Grinstead based Art Group.

Example had an exhibition at The Greenstede Gallery at Chequer Mean East Grinstead In October 2013. We had also received a grant from the Arts Council and organized an Art Trail in East Grinstead from May 2014 to November 2014.

My quilt, influenced by children’s drawings at the National Trust property in Standen in West Sussex, was displayed in one of the bedrooms for 6 months in 2014.

From 2015 I have been Artist in Resident in the Bookshop in East Grinstead West Sussex. 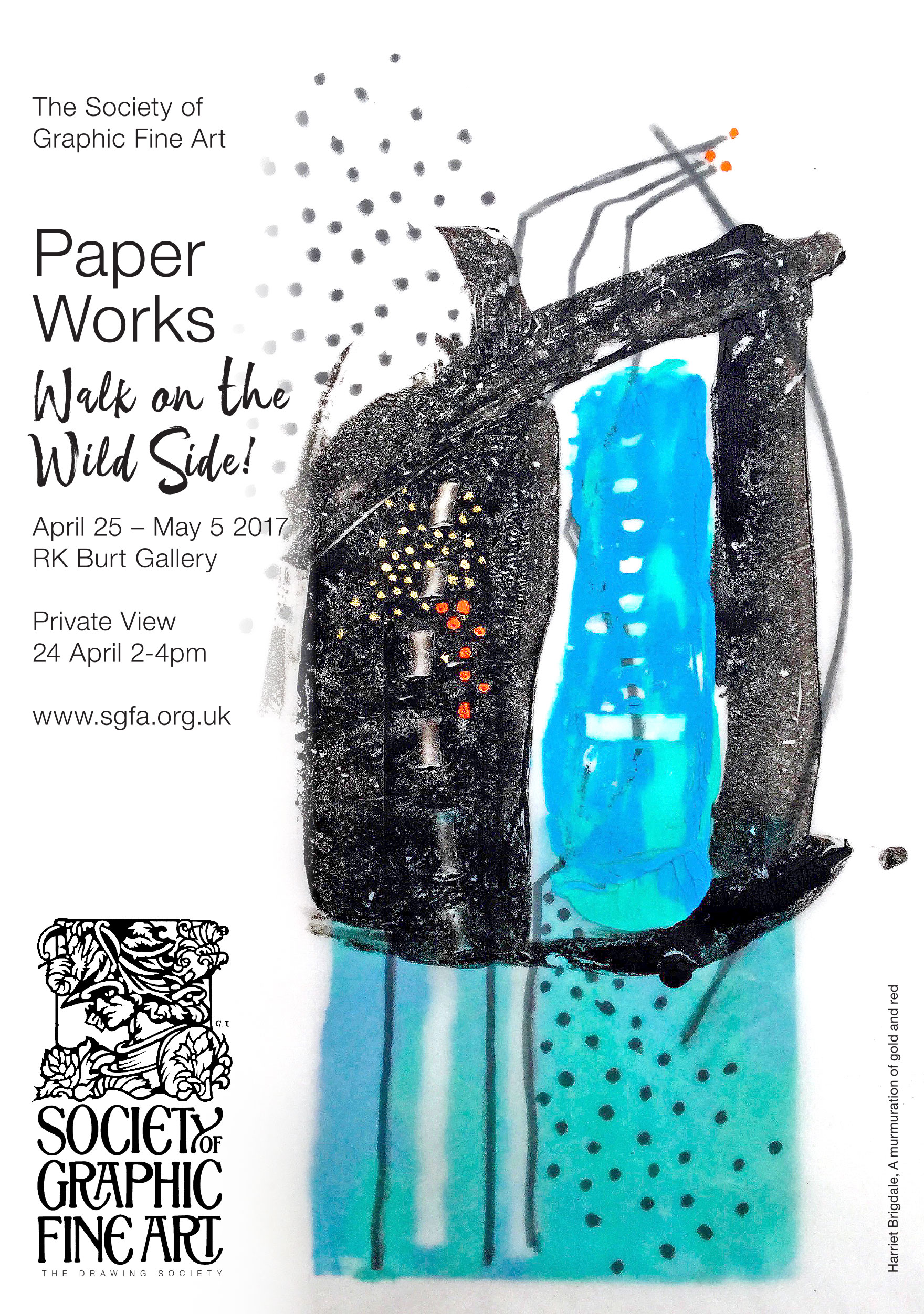